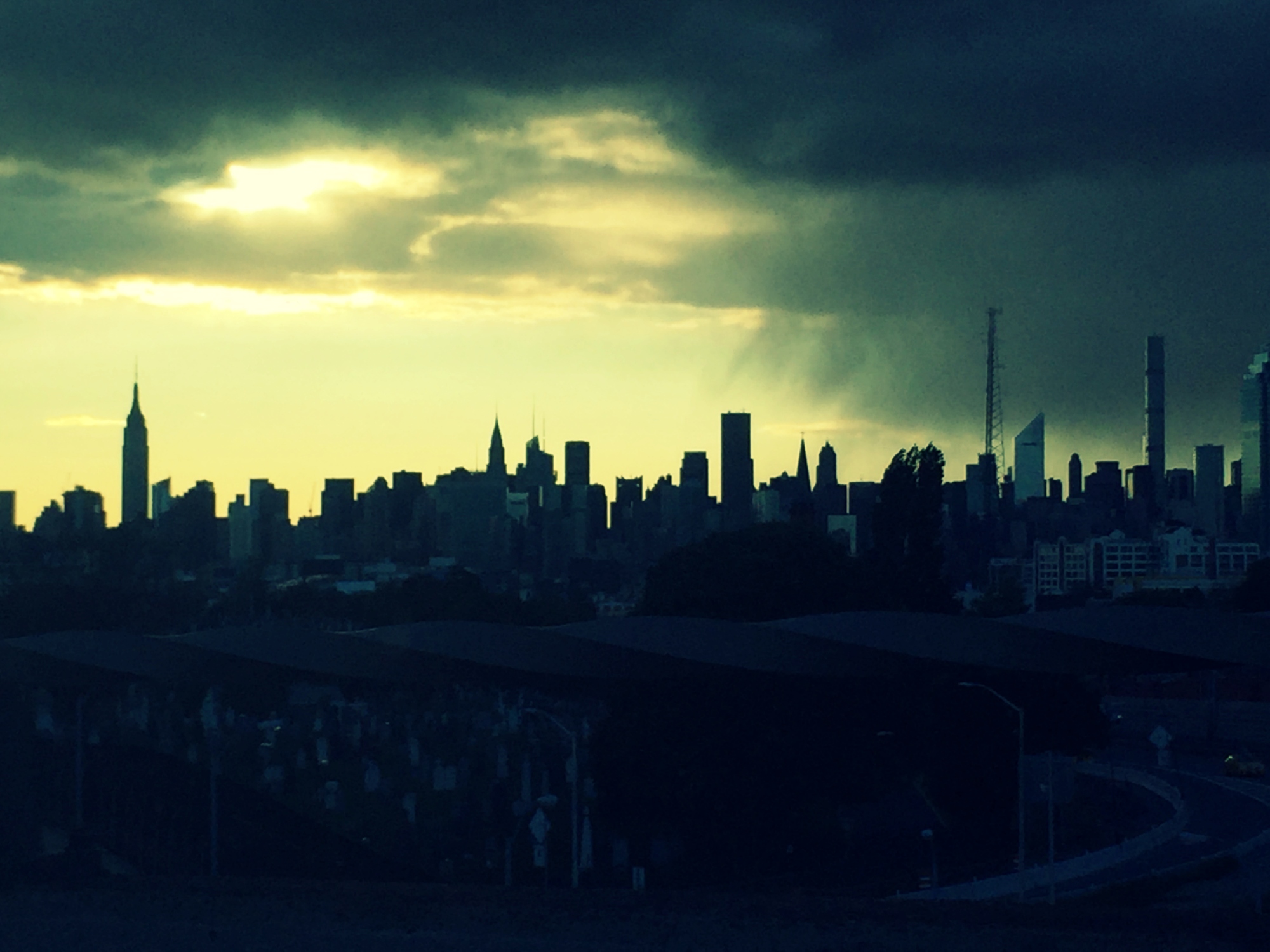 I know, I know, I’ve linked you to a Brooklyn pizza joint and asked you to eat Broccoli. You’re probably confused, especially if you’re a friend of mine who knows that my love for pizza is a bit… over-zealous. Or if you were with me that night in 2009 when I got into a cab and, instead of politely naming an address, demanded that the driver “TAKE ME TO PIZZA.”

taking cabs in the middle of the night,
driving as if to save your soul
where the road goes round and round the park
and the meter glares like a moral owl

I like to think I’ve grown up a bit since then, but my love for pizza remains undiminished. So when my Italian/New Yorker bestie suggested we try Franny’s, I was very excited. In fact, a few friends had recommended the same restaurant to me the night before over noodles, after which I preceded to steer our conversation toward an increasingly boring debate re: who makes the best pizza ever. How can I be sat before a spread of amazing noodles, which I’m in the midst of sharing with some of the smartest people I know, and still be thinking about pizza? Mysteries of the universe, perhaps, or else a tic I picked up in Singapore, where it’s common to begin planning the next meal while you’re still finishing up the last.

Anyways, the pizza was amazing— some of the best pizza I’ve ever had, rivaling that singular time in Milan I ate an entire pie by myself. But surprisingly, it’s the broccolini appetizer I remember most.

To be a bit more specific, I’m talking broccolini with garlic and chilies, smothered in cured egg yolk and bread crumbs. And of course, you get to eat the dish as palate prep for the following, while feeling pretty pleased with yourself for sneaking in a vegetable plate. 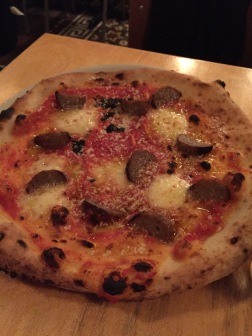 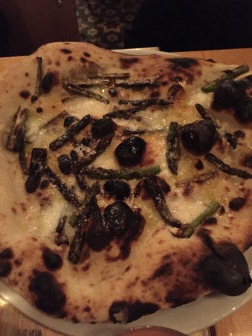 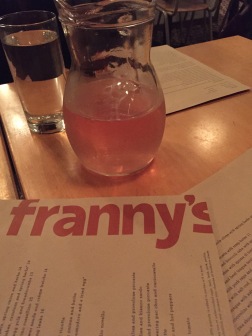 Side wonder: Is it generally true that any NYC Yelp review tends to be at least one star lower than the restaurant deserves? Man, NYC. You’re hard to please!

read: The Suicide of Claire Bishop, by Carmiel Banasky

Just as there are endless dishes one might claim to be representative of NYC, there is a bounty of books— even an entire school of poetry— devoted to the city. Furthermore, everyone has an opinion. Everyone who has ever lived in New York (or perhaps everyone who has ever visited New York) believes that they know best how to encapsulate the city in ideas, art, music, dough recipes, etc.

I imagine this is because each of us has gone through a time when, worn-out from work and sequestered in a grimy apartment, Frank O’Hara or Grace Paley has seemed to be speaking directly to us through our window-AC unit. During those eleven months I lived in Brooklyn, for instance, I clang to Marianne Moore as if her poetry offered a magical manual to the city in addition to pages of diffuse verse. One of my favorite poets before moving to the city, she became even more important to me after I discovered she was the borough’s historical poetry queen. In 2009 they were renovating the library in Park Slope that I believe did have a legitimate connection to the poet; still I’d pass by it daily, lingering by the construction updates, trying to get a sense of her aura. I’d read poems to Moore by Elizabeth Bishop, a poet Moore famously supported; I’d read poems to Bishop by Moore. In that way I established a circle of (unfortunately dead) literary friends. And I didn’t feel quite so lonely.

Loneliness in NYC is a strange thing, stranger still because it seems oddly universal amongst those who grind their soles down on the city streets. Banasky’s recognition of this paradox is one of the reasons why I loved The Suicide of Claire Bishop. In both of the novel’s inter-twining New York narratives, Banasky captures the curious feeling of living so close to so many people and yet also, to some degree, feeling as if you do so in pure isolation.

Claire Bishop, the subject of the painting around which both narratives revolve, begins to feel trapped in her marriage after learning that she would not inherit, as anticipated, Huntingdon’s Disease. It’s a disease that would have robbed her of her identity and independence, and she had been secretly preparing for this fate. Her secrecy on this matter is important— she is embarrassed by the mental illness just as she’s embarrassed by her fear of mental illness. As Claire’s life unfolds, this embarrassment builds gulfs between her and others, even where there is love to try and bridge them. Though eventually she seems to both recognize and resent her role as subject, she struggles to accept this fate. From her point of view, there is always someone else interpreting her incorrectly. She, rather like abstract art, is found to be incomprehensible.

West has a connection with the mysterious artist who once painted Claire— or with another artist of the same name, we’re never really sure because West is schizophrenic and slowly weening himself off his prescribed anti-psychotics. As a reader, though, I’m not really on the look out for the answer to that particular question. Instead, I’m interested in understanding West’s mind as he grapples with the world and his role in it.

You don’t have to feel Claire’s emotional listlessness or be diagnosed with schizophrenia like West in order to feel the anxiety of disconnection, of not being able to set the way you see yourself and the way the world sees yourself side by side. What I recognize in both characters I might describe with the following scenario: You’re taking the subway from X to Y, rethinking what you’ve decided to wear and imagining the secret lives of everyone stuffed in the car with you. By the time you arrive to the subway station close to Y, you have taken in so many sensory cues that your mind begins to press them through a sieve in order to be able to process something simple like walking directions. Some days, everything that remains will seem connected, like you’re reading a book and the author has left you clues and by following them it’s possible to make sense of it all. But today, when you leave the subway, you are overcome with an empty feeling of non-understanding. Maybe you keep this feeling in your gut until you meet with your friend/date/boss and simply by being known the emotion is somewhat relieved.

Or maybe, if you’re lucky and because you’re in New York, you might pass by a gallery— or hear a song, echoing through a club, whatever, it’s not really the point— maybe you witness a piece of art that is full. And because you can feel the emotional resonance of the art— you can identify with the woman in the painting, the lyric or the catch in his voice— the art seems to strangely concern you. You are just as much a part of the art as the subject or the artist. Whether or not this is real/really true, well: It’s real enough for you to hold on to.

Which is why everything in Banasky’s beautifully written, semi-fantastical, mysterious nugget of a novel just seems to offer itself up honestly. I might not find all of the concrete answers that I’m looking for, but I never feel tricked.

Banasky’s greatest strengths lie in structure and pacing. The intertwined narratives move forward and backward in time, circling around the same painting, which, like both its subject and its creator, disappears for years at a time. The Suicide of Claire Bishop is a book you read to resolve the riddles, all the while suspecting that you have already guessed the answers.

In this way, reading The Suicide of Claire Bishop was very much, to me, like visiting NYC. You want to feel as if your story somehow belongs. You want to understand the faces on the subway, the why behind a secretive new mural in the park; you want to understand your life in sight of the long dead lives that were also witnessed by the cobblestones beneath your feet. At the same time you recognize that such knowledge, in any absolute sense, is impossible to attain. Both Claire and West are looking to feel fuller and instead encounter frayed connections— of their own making or unmaking. In getting to know them, we are asked to question our own sense of self and reality, to look into the face of our own fears of mental illness and isolation. Somehow, Banasky makes it possible to identify just as much with Claire’s “dazed, passive inaction” and West’s “incessant, paranoid action,” so that we’re constantly lobbing back and forth between these extreme poles of decision-making.

To offer you a taste, here are two scenes that I think really bring these characters together in their humanity, despite the contrast of personality and perspective. Here are West’s Subway Thoughts narrated to the voices in his head:

“In this particular subway car, two clues shine out: 1) the woman’s map of a face and 2) the graffiti. Riding the 1 train feels like stepping into a child’s drawing: the windows are covered in scratch graffiti and the floors in loopy black, and every advertisement has at least one mustache penned across a model’s lip. And, like a child’s drawing, the train doesn’t quite make sense: who’s that guy in the seat across from me with the top hat, and why does he have no shoes?”

And here we have an insight into Claire’s:

“What did the war have to do with her, or with any of them? She was hungry, that’s what mattered. She was always hungry. And it was embarrassing to have a whole train car of people overhear her stomach grumbling. Maintaining balance was hard enough without involving herself in foreign politics. The balance of riding the subway but looking too elegant to be there; the incredible energy it took to postpone divorce proceedings because she couldn’t afford representation; to put on appearances that a life alone was better than a life with him.”

It can be easy to lose your sense of self in the myriad voices of the city, and it is exhausting to continually try to place yourself in relation to others. It’s even harder to put your finger on these qualms of urban identity, especially as it often conflicts with the joie-de-vivre NYC can also elicit. As Claire realizes in one of the most important moments of the book, “It is important to be known.”

One thought on “The Meter Glares Like a Moral Owl: One Night in NYC”